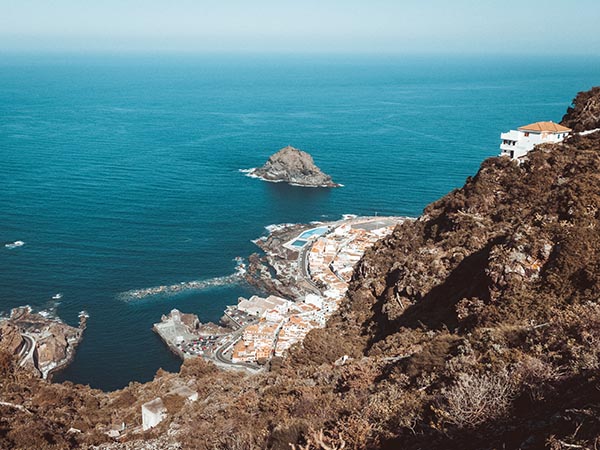 discover the real tenerife with these unexpected tips!

Tenerife has a lot more to offer than sun, sea and sand. I discovered a totally different side of Tenerife during a 3-day tour across the Island! The Island is divers, so divers that you would forget you’re still in Europe. For example the Island has 9 different climates because of the mountains and it is one of the best spots in the world to gaze at the stars. Dolphins and whales swim here whole year round and while you are in the water and look up, you can see snow on top of Mount Teide (only 2 hours away). And don’t forget, you can go paragliding, diving, hiking, bike riding and much more… Discover Tenerife off the beaten track >> 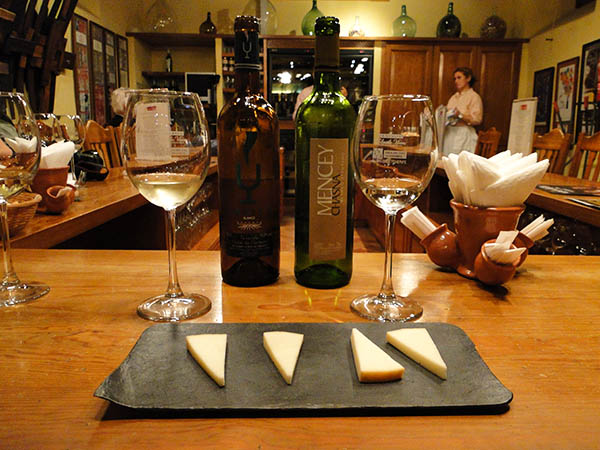 Did you know that the local wine of Tenerife is really delicious? I had no idea… During a local wine tasting at Casa del Vino I discovered that we’re talking about real quality wines here! Because of the climate diversity on the Island its possible to produce a large variety of wines. In the North they produce red wine and in the South white wine. Every couple of weeks they make a new tasting list of 12 wines at Casa del Vino. Do you want to take a bottle home? You can choose from 400 bottles of wine in the store, all produced in Tenerife!
C / San Simon 49 – El Sauzal – casadelvinotenerife.com

A good glass of wine deserves a good meal! Luckily you don’t have to travel far from Casa del Vino. When you cross the courtyard from the tasting room, you will get to Tasca Restaurant. This restaurant is specialised in traditional and creative Canary meals.
C / San Simon 49 – El Sauzal – casadelvinotenerife.com 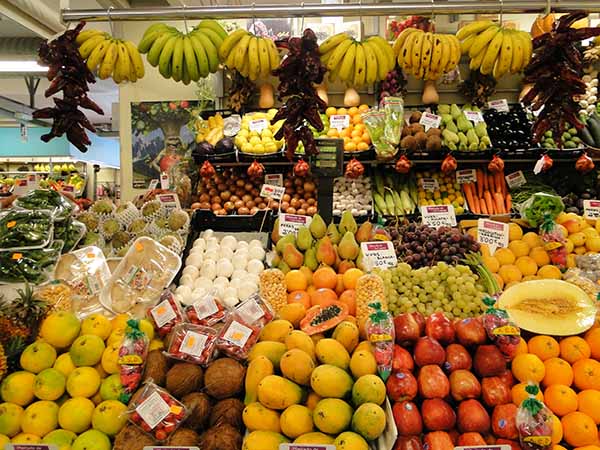 The Mercado Municipal is open every day from 07.00am – 2pm. Its an indoor market where they sell fresh fruit, meat, fish, herbs and sweets. For a real full local experience you have to drink a Barraquito at the (coffee)bar. A Barraquito exists out of liquor 43, cinnamon, milk, coffee, preserved milk and a slice of lemon. I can’t promise you its healthy, but tasty it is ;-).
Plaza del Cristo – San Cristóbal de La Laguna

In a narrow street in the old centre of Puerto de la Cruz you will find De Tapas Y Canas. This spot had my attention straight away because of the cute (tiny) terrace outside on the corner of the little street. Here you sit and watch people as long as you want! And this is actually one of the best cocktail bars in the city. So order a delicious Mai Tai (that seems to be a good one) or a G&T and enjoy the view.
Calle Cruz Verde  – Puerto de la Cruz – facebook/detapasycanas 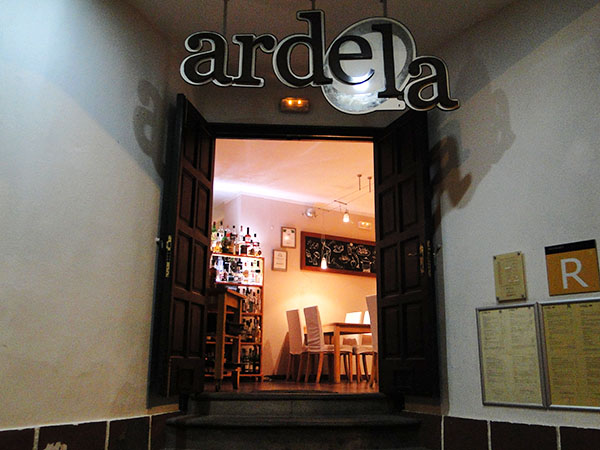 For a great dinner with a view at sea you go to Ardeola. This restaurant is situated on a boulevard in the small volcanic city Garachico. The interior is simplistic but warm and the food is great. The portions are not that big , so you can easily order a few courses :-). A recommendation is the Cherne… This is a local white fish served with fresh vegetables, avocado and lemon sauce, yummm!
Av. Tomé Cano – Garachico – ardeola2.wordpress.com

From Masca its only a 10 minutes drive to Restaurante Meson del Norte. Try to get a table at the verandah for an amazing view on the mountains. Nice thing about this restaurant is that it’s always full with locals, a good sign we would say! Especially in the weekend its full with locals on a day trip. Have ‘the menu’ and get surprised by some delicious Canary specialties! You can choose your own dessert from the window full with homemade desserts. As suggested by someone, I chose the mango and pumpkin pudding, delicious!
C/ de Masca – Las Portelas – restaurantemesondelnorte.es 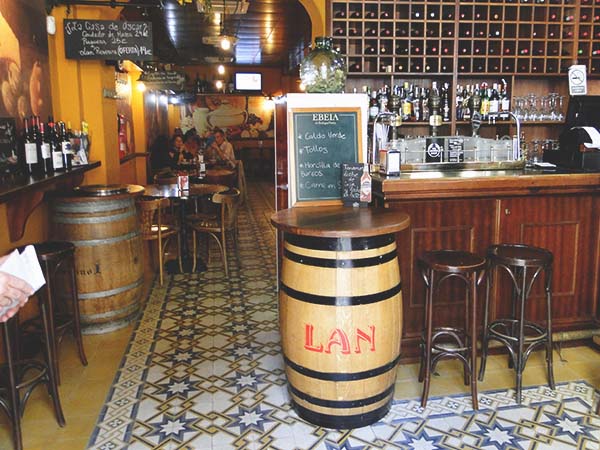 For a real Spanish beer with tapas you go to Bar Parada. The plastic chairs and the old-fashioned interior maybe don’t look that attractive, but its authentic Spanish. Simply delicious :-).
Calle de San Augustin – facebook.com/BarParadalaOrotava 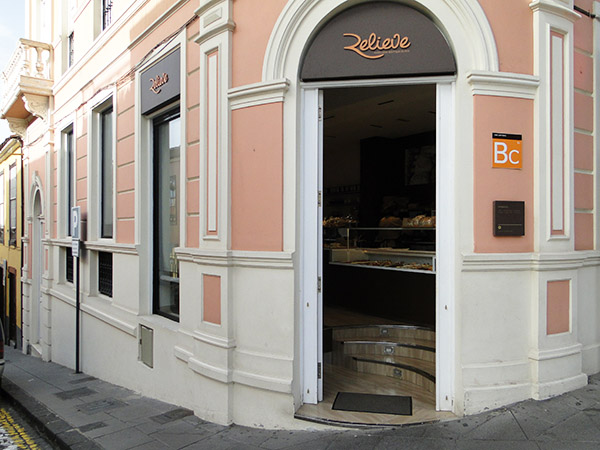 Something you can’t escape from in Tenerife are the pasteleria’s. These (mostly) small places are full with tasty pies, cakes and most and for all; sweets! Try the bienmesabes, this is a small cake made from honey and almonds, tasty!
C/Carrera Escultor Estevez Esquina con C/Tomás Pérez – La Orotava 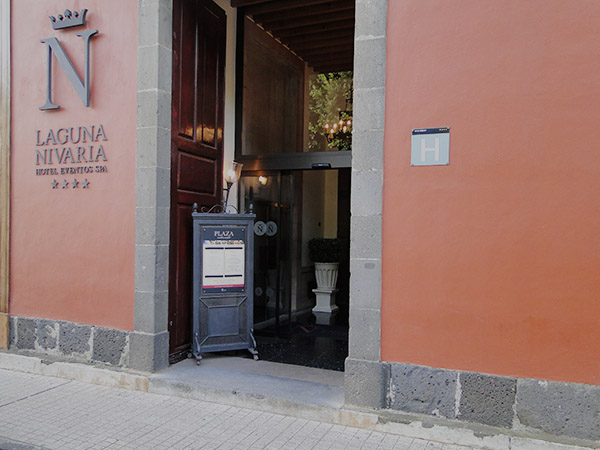 Hotel Laguna Nivaria is located in a 16th century historical building in the middle of the historical centre of San Cristobal de La Laguna. From this hotel you can easily explore the city. You will be amazed because this place belongs to a Word Heritage Site of UNESCO. After a day strolling in the city you can go back to Laguna Nivaria Hotel & Spa for a nice massage. Don’t feel like going out for dinner? The menu of the Plaza Restaurant in the hotel looks great too!
Plaza del Adelantado – San Cristóbal de La Laguna – lagunanivaria.com

This hotel is situated in a characteristic Spanish coastal town. Quinta Roja is located in a 16th century old Spanish baroque building which gives this spot its charm. In the middle of the hotel is a courtyard where you can relax on some couches. Quinta Roja has a spa and from the jacuzzi upstairs in the hotel, you look out on the church. There is not much to do in town but for a night or two this spot is certainly worth the visit!
Glorieta de San Francisco – Garachico – quintaroja.com 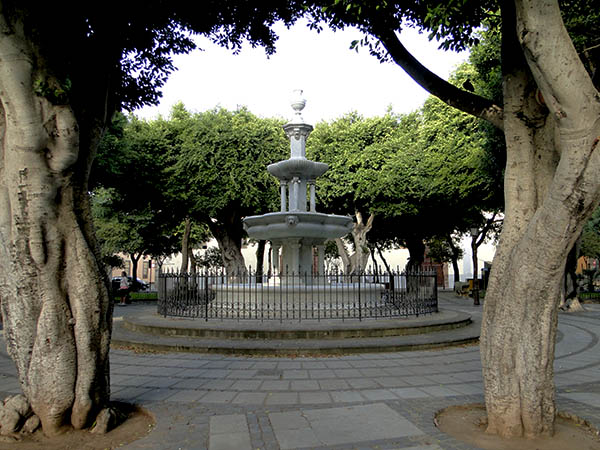 Book an organised guided bike tour and get to know everything about this beautiful city, exclaimed as World Cultural and Heritage Site of UNESCO. The historical centre almost explodes from the beautiful historical buildings, you will be amazed by it! I found it really cool how you only bump into locals (and people on a day trip). So no menus translated in Dutch but everything just traditionally in Spanish, muy biene :-).

Make a pitstop at the viewing point when you are on your way to Rural Park Anaga. The view is amazing! The volcanic landscape with green mountains and the sea in the background will definitely make your day. Anaga is a massif with valleys and ravines fully covered with green bay leave bushes. In the park you can choose to take a walk, go bike riding, or even horse riding. Whatever you decide, make sure you go to one of the bays for a refreshing dive! 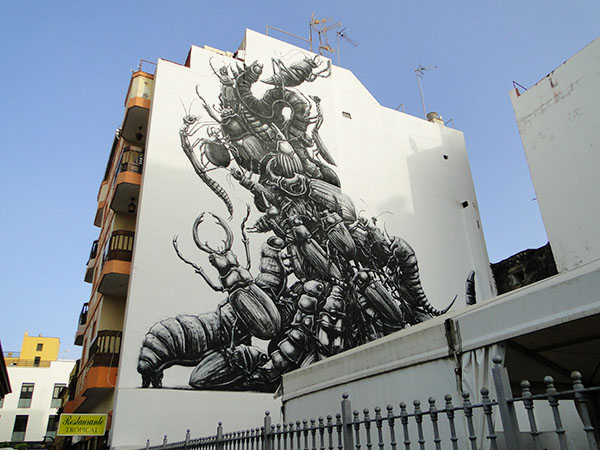 Are you always on the look out for street art everywhere you go? Than you have to go to the old centre of Puerto de la Cruz! During a walk through town I found so many cool graffiti artworks. Local artists decided to pimp the old ruined buildings in the old centre with their artwork. Mission accomplished!

Do you also always wonder about how the universe works when you’re gazing at the stars? Tenerife is the place to find the answers because its been exclaimed as the international Starlight destination. Tenerife has, together with La Palma, Chilli and Hawaï, the best sky for stargazing. On Mount Teide you can experience a Stargazing Tour while you are looking up at 6000 really clear stars in the sky!
>> Read the extensive blog about Stargazing here >> 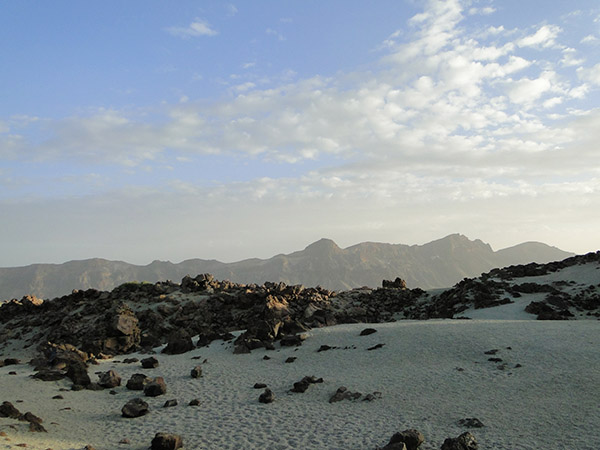 This was my favourite spot during the 3-day tour on the Island! Mount Teide is the highest mountain of Spain (3718 meter high) and the park belongs to the UNESCO heritage. Teide is a volcanic mountain and the landscape is absolutely beautiful. In wintertime there is snow on top of Mount Teide!
>> Read the extensive blog about Mount Teide here >>

Pretend like you are in a completely different world… This small village at sea is all about tranquillity. Its wonderful just to go for a stroll through the small streets. If you have ever been to South America you will probably recognise the colonial influences. Behind the small city is a high cliff and the colourful buildings and palm trees give you the feeling you’re far away from Europe. Really cool to stay here for a day or two on your trip through Tenerife! Tip: take a dive in the Natural Pools at the boulevard of Garachico. 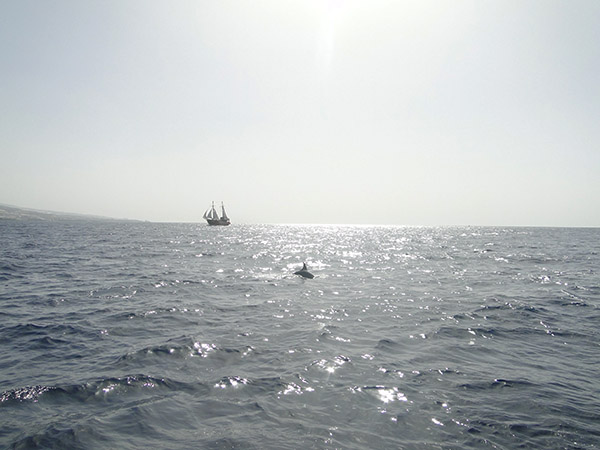 Three times a day a tour for whales and dolphin spotting departs from Los Acantilados de los Gigantes! Did you know you can spot whales and dolphins whole year round at Tenerife? We were lucky to see the Pilot Whale and the Bottlenose Dolphin. The magnificent view on the high cliffs of los Gigantes make this a special tour :-)
>> Read the extensive blog about the dolphin & whale spot tour here >>

In the Rural Park Teno you will find the deepest ravines of the Island… And somewhere between those ravines lays the village Masca. The people that lived here used to grow everything themselves and were pretty much disconnected from the rest of the Island. Worth a visit, at least for the amazing view. Tip: pick a seat at the terrace of Restaurant Chez Arlene, order a nice wine and enjoy everything you see!
>> Read the extensive blog about Masca here >>

In a small alley in La Laguna you’ll find El Rincon de Sasha Design. At the entrance I already spotted the jewellery… All hand made and one of a kind. A little bit further you will find El Ricon de Sasha where they also sell jewellery but a little cheaper.
Plaza de Concepcion 7 – San Cristobal de la Laguna – facebook.com/ElRincondeSasha

>> Would you like to get more information about Tenerife and what to do at the Island? Go to the website of Turismo de Tenerife and discover Tenerife off the beaten track >> 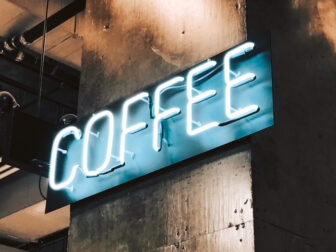 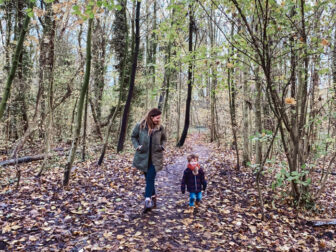 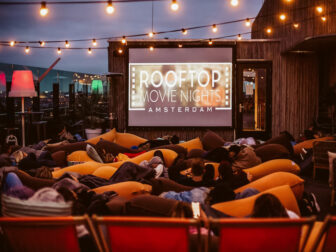 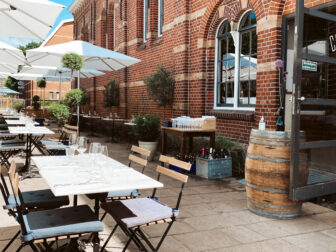