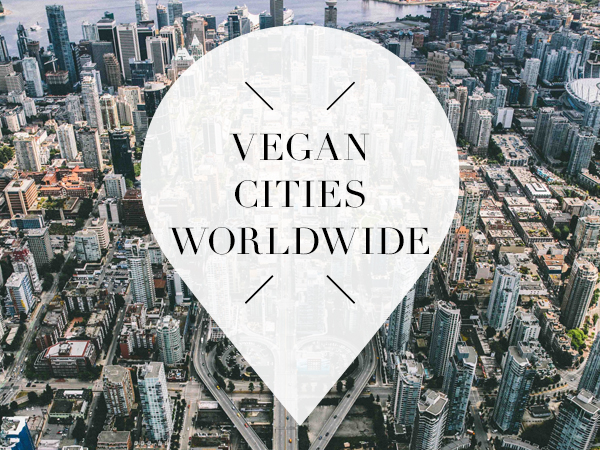 10 X world cities for vegans to visit to this year

Vegan food is getting more populair and more populair, which makes it easier for vegan lovers to travel the world. There is more choice nowadays, so vegans aren’t forced to eat carrots from the supermarket for dinner anymore. Pop up vegan food restaurants and vegan restaurants, lunch spots and even vegan ice-cream shops are everywhere. There is finally some attention for the people who choose to think consciously about their food choice! The independent decided to make a list of the top 10 world cities for vegans to visit. We couldn’t be happier and we couldn’t resist to share.

Turin: this Italian city is the first official vegan city in Italy. There are more than 30 restaurants and bars where you can enjoy vegan food in this capital of Piemonte. Certainly a daring step for a country that paid a lot of attention to meat-related food!

Tel aviv: being a vegan has always been a thing in Israel. Since 2014 a lot of new concepts in the area of vegan food opened their doors. Fact:Tel Aviv has become such a huge vegan hotspot that even Domino’s is now delivering an animal-free pizza!

Berlin: with over 50 restaurants purely focused on vegan food, Berlin is definitely not new in the vegan-game. In this cultural city there is more than just vegan food. You will find vegan in clothing, beer and wine and even in videogames. Helsinki: this city is creating more and more vegan restaurants. Different chefs are experimenting with plant based ingredients and species. The most cafes even use oat milk in stead of soy milk!

Chennai: with a population of more than 50% vegans, it’s certainly not a surprise that the offer for vegans is big in this city in India. Tip: go for a real Indian experience to Royal Vega at the ITC Grand Chola hotel!

Melbourne: Australia’s second biggest city has been progressive when it comes to vegan food but since a few years there is a vegan movement in Melbourne. The restaurants try to react on this trend with the outcome of more and more new vegan initiatives. Yes!

San Fransisco: The healthy-hippy vibe has always been here. San Francisco is the home of the most innovating and raw vegan restaurants. Tip: you can enjoy delicious Mexican vegan dishes here without meat but with the same Mexican experience! Austin: Texas, really? We can hear you think, but for over 50 years there is a big vegan movement overhere. There are different food trucks festivals where vegan food is served and they have a lot to offer. Tip: go for sweet vegan ice-cream at Sweet Ritual!

Vancouver: in the world’s thirds most live-able city, after Melbourne and Vienna, the interest in vegan food is growing. There are different restaurants with healthy and stylish dishes such as Heirloom Vegetarian. Founded by 2 plus-size chef with a goal to eat healthy. So motivating!

Londen: this international city has always been on top of their game! The city is even chosen by PETA as the most animal-friendly city of the world. There is a lot to choose from when it comes to vegan food. From vegan chick till Italian vegan-ditches. YUM! 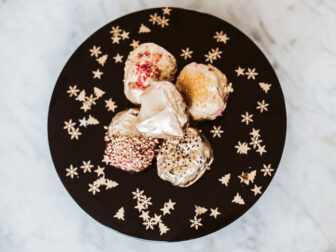