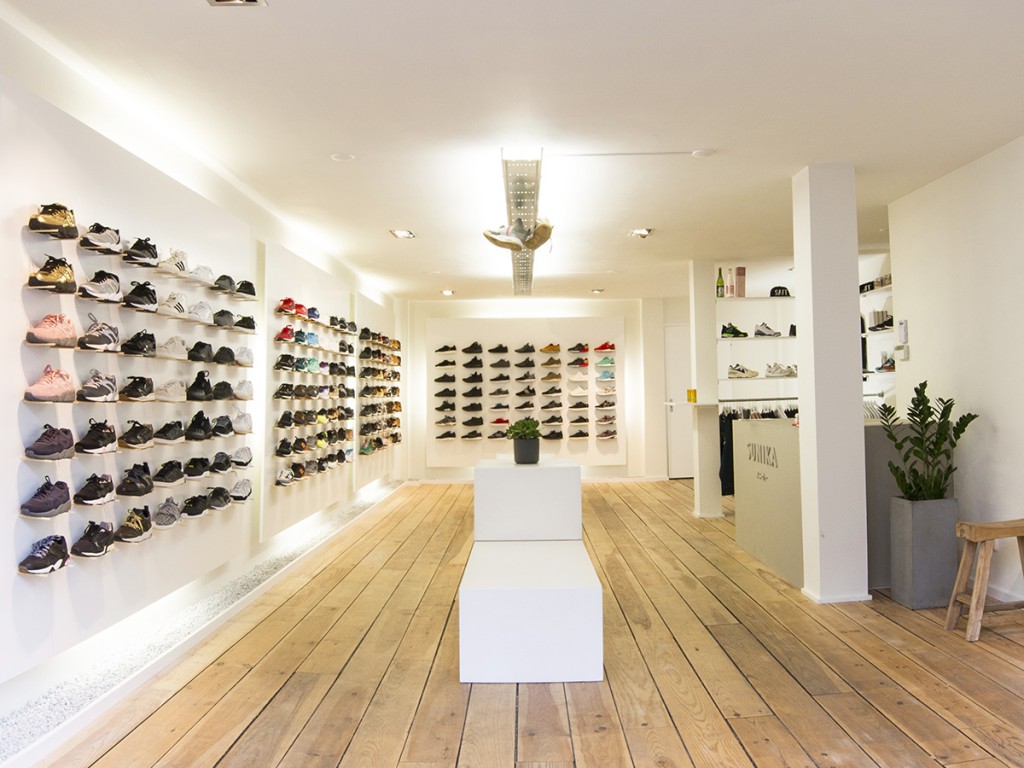 Do you know that feeling when you walk into a shoe store and you want to buy everything? Okay, stupid question: of course you know that feeling. We can’t ever get enough of buying shoes – especially when it comes down to sneakers. That’s why we are perfectly happy with the rebuilt version of sneaker store Sunika. This store has been around on the Bilderdijkstraat in West (really close to Happyhappyjoyjoy) for a while now, but just received a huge make-over. 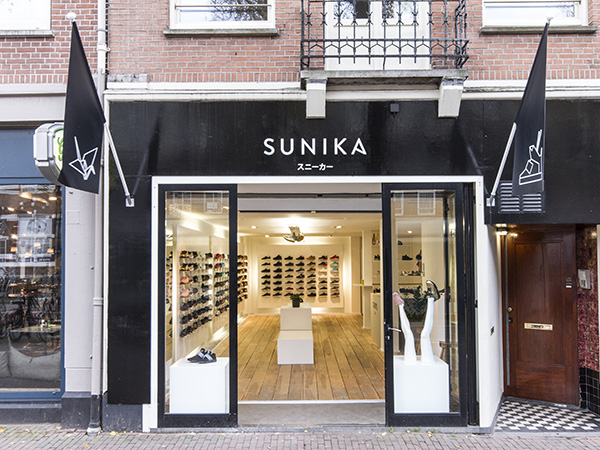 Instead of the dark tones that used to rule the place, Sunika now seems to have taken a dip into a pot of white paint. And it’s looks pretty rad. We especially like the concrete cash desk. The beautiful design makes it a little less painful to pay for our brand new sneakers. ;-) 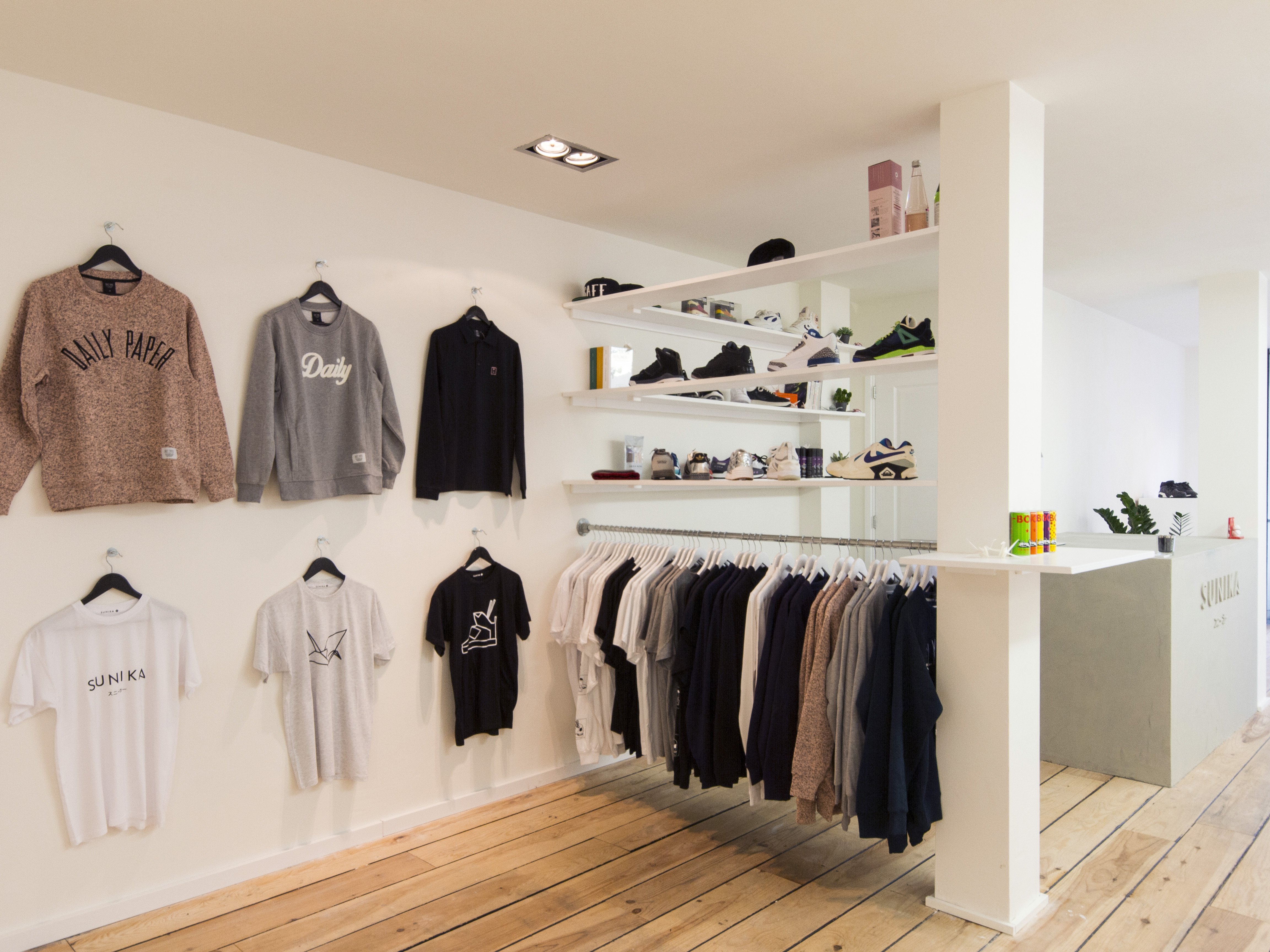 Sunika is inspired by the Japanese sneaker culture. Did you know that sneakers are a really big part of Japanese culture, much bigger than here in the Netherlands? Sunika actually means sneaker in Japanese. If you pronounce it right (soe-nie-kaa), it uses the same sounds as the  English word sneaker. Funny right? 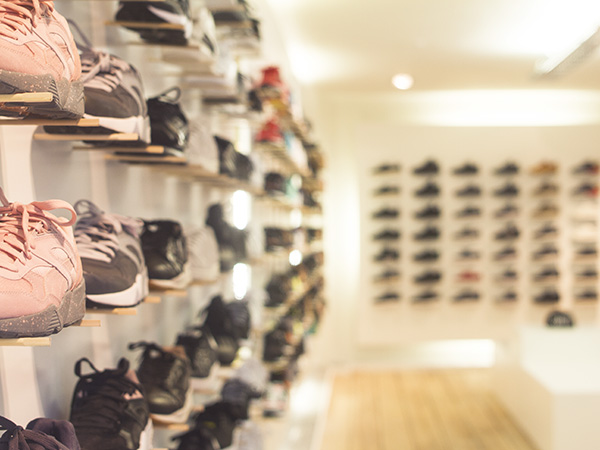 The Japanese elements are woven into Sunika in a subtle way. We especially like the way the shoes are displayed. They are actually displayed on Japanese chopsticks. Shit, now we’re craving sushi… But anyways: the great part about Sunika is that they sell a beautiful mix of sneakers that you won’t see the rest of Amsterdam running around on. For example: special editions of the very well known Adidas Stan Smith or colourful Puma’s. For both men and women, there’s enough to make you really greedy. Next to that, Sunika also sells a modest clothing collection, with comfy sweaters by Daily Paper. Have fun shopping!