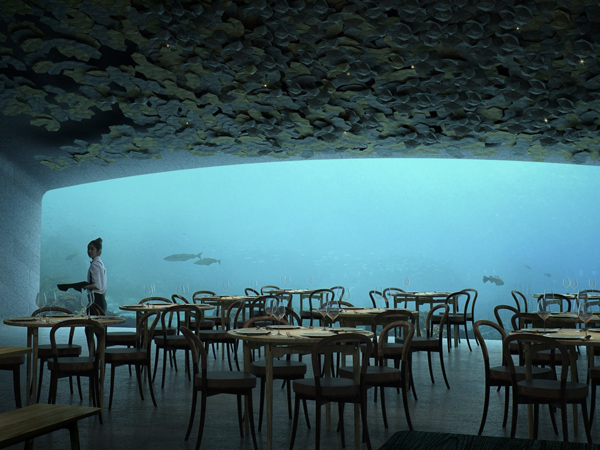 On the bucketlist: Europe’s first underwater restaurant Under in Norway

dine amongst fish in the first underwater restaurant under

Dining amongst the fish, who doesn’t want that?! Soon this will become reality and we can go to the Norwegian coastal village Båly to Under for underwater dining. Oh my… This week it became known what Under will look like: a semi-immersed restaurant leaning against the rough south coast of Norway. Wow, we want to go here! 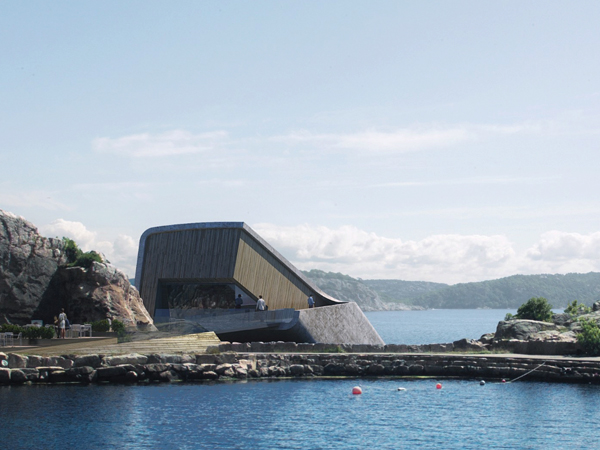 Under is designed by architecture and landscape design house Snøhetta. The outside of the restaurant has been intentionally rough to serve as an artificial reef for mussels. From the ground level entrance, the building leads you to a champagne bar, where a vertical window shows the transition from the tides to the sea. Below is the restaurant and the open ocean.

In the interior everything will be inspired by – surprise surprise – the ocean ;-) The champagne bar gets soft coastal colours that remind you of the bottom of shells, rocks and sand. For the restaurant, dark colours of green and blue are used, inspired by the seabed, seaweed and rough sea. 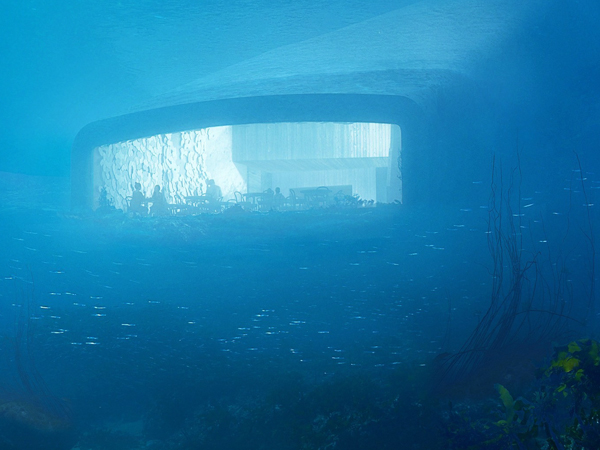 The main part of the project is, of course, the huge window in the restaurant, 5 meters below the surface of the North sea. As some sort of giant diving mask, this window gives you a panoramic view of the sandy seabed and its fish. Fun: dampened interior and exterior lighting is used to encourage fish visits.

restaurant under is more than just a spectacular hotspot

Parts of restaurant Under will be used as marine research center outside of the restaurant hours, to study the behaviour of fish and other underwater beings. In addition, a short nature route will inform visitors about Norway’s biodiversity and marine ecosystem before entering the restaurant and joining the food chain! 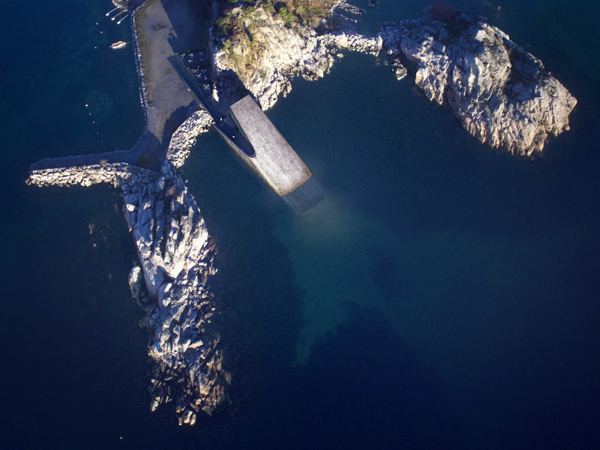 Unlike other spectacular restaurants, the food at restaurant Under will be worth its special appearance. Danish chef Nicolai Ellitsgaard Pedersen will create a seafood oriented menu of local produce, some of which come from the nearby forests and some gathered from the underwater garden.

We have to wait a while before we can go there, because restaurant Under will open in the first quarter of 2019. But we’ll put the restaurant on top of our bucket list!