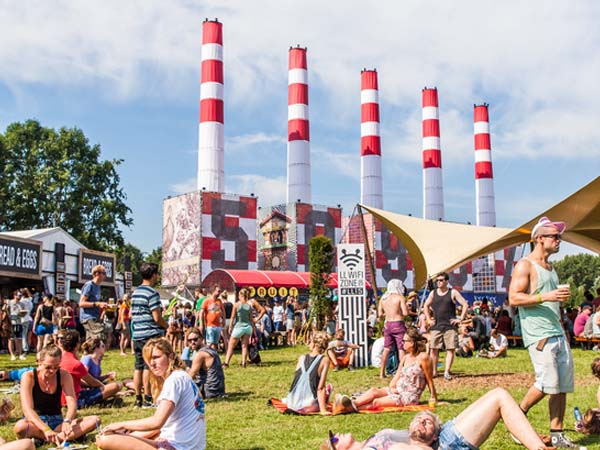 you don’t want to miss these acts at lowlands 2017, get your ticket!

YES, only a few more weeks until Lowlands 2017. Three days long we can listen to the best artists, (hopefully) enjoy the sun, have sleepless nights, hangovers, beer showers and maybe even some romances.

Every year, the heart of the Netherlands gets filled with about 55.000 enthusiastic party people who are ready for a festival with music, theatre, film, comedy, literature, street theatre, science and performing arts. There are going to be 12 stages where you can enjoy over 250 acts, but which ones shouldn’t you miss at Lowlands 2017? These ones.

GET YOUR TICKETS FOR LL17 HERE>>

Besides Mumford & Sons, The XX, Editors and Halsey there are going to be many more artists that you want to see perform. From a British indie trio to a Russian who makes amazing techno.

alt-J: alt-J makes indie, folk and rock come together in a hypnotising way and adds even more vocals and beats to it. Trust me, you want to see this!

Iggy Pop: Who doesn’t know this seventy-year-old rock legend? Iggy Pop is going to be at Lowlands 2017 and truth be told, you have to see him live at least once. His performances are hard to surpass, what a hero.

Moderat: I actually don’t like to share my favourite band with people, but I’m going to do it today. This trio from Berlin has their own sound, one that cannot really be explained so you just have to listen to it…

Solange: Solange released an album this year and wow! This singer/songwriter found her own style in the R&B and future soul and conquered many hearts. Make sure to check her out.

Glass Animals: A young British band that blew me away a couple of weeks ago during one of their shows. Not just because of the upbeat, electronic indie sounds, but also because they are super crazy and super great! One of the best live performances I’ve seen (and yes, I’ve seen quite a lot).

Tash Sultana: After a sleepless night, go and enjoy the music made by Tash Sultana. This ex-street artist will get to you right away with her guitar sounds and performance. Such a good sound!

Nina Kraviz: This Russian dj/producers makes pure gold techno and is one of the best for sure. Are you a techno lover? Thank don’t miss Nina Kraviz, thank me later!

Kovacs: The woman with the Shirley Bassey voice and short (real short) hair named Sharon Kovacs is going to be at Lowlands 2017. The music is a bit mysterious, jazzy combined with night club soul, 90’s triphop and modern pop!

Talaboman: Talaboman is the dream combo John Talabot and Axel Boman. They make the best deephouse and will make sure you want to dance all the time. They love to share their beats and tropical vibes.

Michael Kiwanuka: This singer/songwriter combines a folky sound with jazz, which creates and adventurous sound, perfect to listen to during a sunny afternoon. What a voice…

Flume: The king of future bass, Flume, can’t be missed at Lowlands 2017 of course. He got famous because of his Lorde and Disclosure remixes, and fills all the venues. I can’t wait to dance to his songs!

Sampha: Whomever loves urban must know Sampha. His beautiful soul voice makes sure you forget everything around you for a little while, yes including your hangover. Close your eyes, sit down in the grass and enjoy!

Dates: Friday August 18 till Sunday August 20
Prices: € 175 for a ticket for the whole festival (3 days), a place at the camping and transport from and the the NS station Lelystad or Dronten.
Location: Biddinghuizen, Flevoland
More information: check the Lowlands website

GET YOUR TICKETS FOR LL17 HERE>>

Will we see you at Lowlands 2017? We’re going to stay at the Glamcamp with #TEAMYOURLBB!