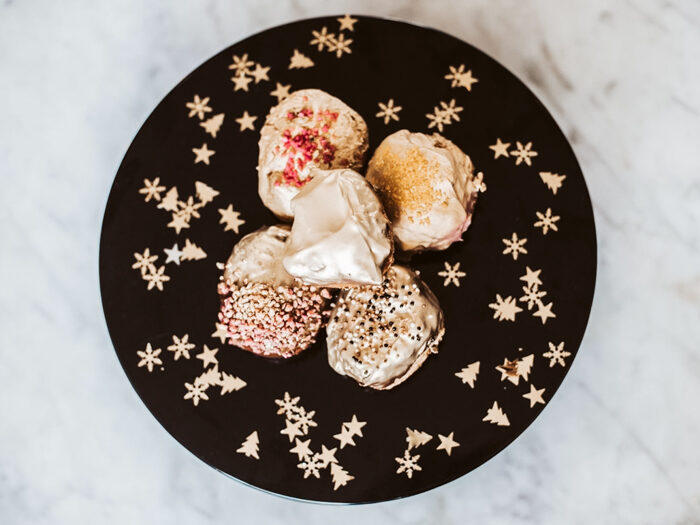 This is where you buy the traditional Dutch NYE Snack!

This is it, the last weeks of 2017 arrived! And it also means that one of my guilty pleasures of the holiday season is allowed again: Dutch donuts, better known as oliebollen! We’ve got a couple of bakeries that are famous for their Dutch donuts. And with the help of the Oliebollenkaart you can locate the best stalls near you! Especially for NYE we selected 10 of the best stalls with Dutch donuts in Amsterdam. Enjoy!

Hartog’s Volkoren: This bakery is already known for its freshly baked breads and other delicacies. But also between Christmas and New Year’s Eve many people from the city bring a visit to the bakery. Then there is a queue for their famous Dutch donut.

De Oliebollenbakkerij: Especially for the run on Dutch donuts the Bakkerszonen got a pop-up bakery on the Beukenplein in Amsterdam-East. Every day, you get the most delicious doughnuts and apple fritters here.

Oliebollenkraam Kinkerstraat/Bilderdijkkade: But also the stall where the Kinkerstraat and the Bilderdijk cross each other is a top scorer. With an average of 8.5 we definitely want to taste those oliebollen.

Remko’s Brood & Taartjes: Another place where people are queueing up leading up to New Year’s Eve. At Remko’s the whole team is giving up on their night’s rest to bake the most delicious Dutch doughnuts for you. From the queue you can spot the bakers preparing the fresh donuts for you.

Oliebollenkraam Mercatorplein: Do you live a little bit further into Amsterdam-West? Then the donut stall at Mercatorplein is the place to get your New Year’s deli. The Dutch donuts with currants look delicious!

Gebakkraam Verweij: Last year, they were crowned as the best Dutch doughnut bakery of Amsterdam according to the AD test. Therefore, with a score of 8.5 this bakery at the Bijlmerplein in South East is indispensable in this list.

Oliebollenkraam Hollandse Gebakkraam J.C. van Gemert: In the meanwhile also this bakery at the Cornelis Troostplein in De Pijp is a fixed address for many people from the city. Besides doughnuts with or without raisins, you will also get delicious apple fritters here.

Oliebollenkraam Renzema: Do you live in Old-South? Then the bakery of Renzema is the address for your dozen of donuts. Make some time, because the queue is long!

Where do you buy your favourite Dutch donuts in Amsterdam?