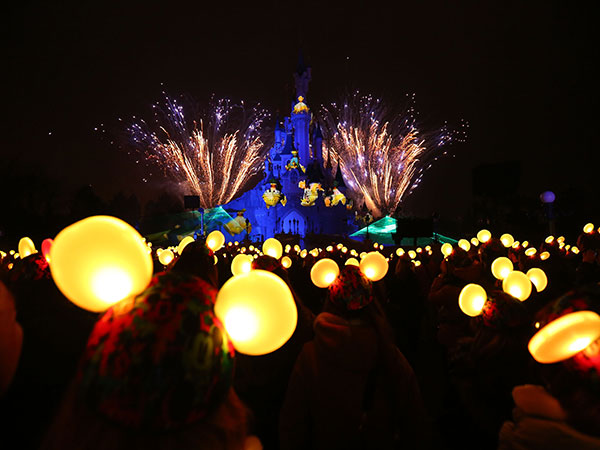 Disneyland Paris: 5 reasons to go while in your 30’s!

Disneyland Paris only for kids? Hell no, I’ll show you how much fun it is for us 30-something’s.

Was I jumping for joy when I heard that we were going to Disneyland Paris? Mwah. I’m no fan of screaming kids (especially not a lot of them together), waiting lines and furry’s (who or what is in that suit). So was I skeptic? Oh yeah. But stick with me, ’cause I’ll show you why this will be a cool short mini-vacay when you’re in your thirties. 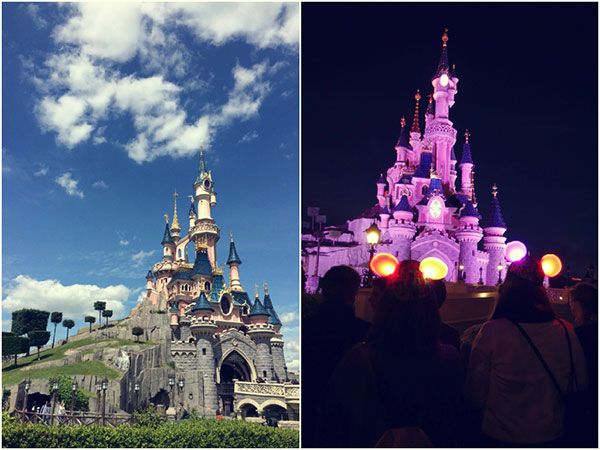 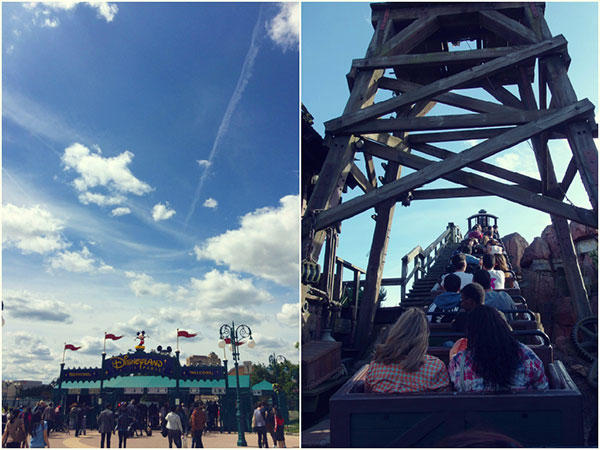 The fun and pampering starts right away! 1st class means free wifi (very slow though), free food and drinks and arriving fresh and funky in Paris in 3 hours. If I ever get that job in Paris (gotta have dreams people, gotta have dreams), traveling would be pas de probleme.

By. Far. The scariest attraction I have EVER done. ‘The Twilight Zone Tower of Terror’ is not for pussy’s. The name says it all. The 2nd time wasn’t any better. At least I kept my eyes open this time (well, most of the ride).
Also these rollercoasters rock: Space Mountain, Indiana Jones and the Temple of Peril, Big Thunder Mountain and Rock ‘n Roller Coaster.

3. The Feel Good Factor – The romantic side of Disney

Other favorite is newest attraction Ratatouille. In this 3D scene you have to run for your life. And you’re a mouse. Now how fun is that. Loved the movie. And now you’re actually in it. 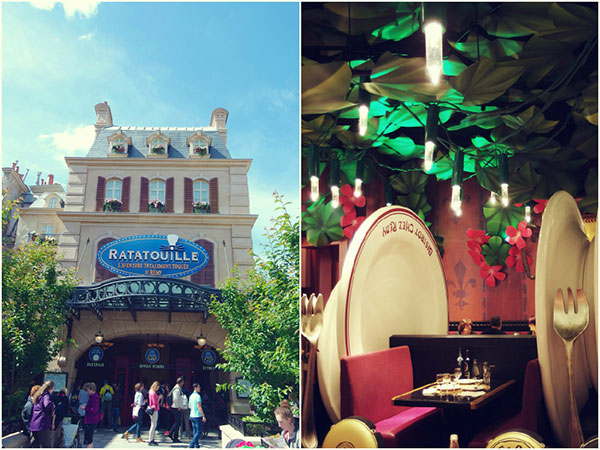 The Efteling has ‘Carnaval Festival’, Disneyland has ‘It’s a Small World‘. The music is so sweet and cheesy, this will cheer up any grumpy person.
Other feel good spots are: Crush’s Coaster, Snow white, Peter Pan, Pirates of the Caribbean, Phantom Manor and Star Tours.
For a romantic dinner go to ‘The Blue Lagoon‘. “Outdoor” dining at the water, under low light lanterns and palm trees, it’s almost as if you really are having dinner on a deserted island. Reservations needed…
But we were unanimous on this one: THE most beautiful thing (and believe it or not, this came mainly from the guys) was ‘Disney Dreams‘ projected on Sleeping Beauty’s castle. Absolutely stunning.

Oh boy, we had a blast in Billy Bob’s Saloon. This pick up place where locals dance their asses of at line dancing is just too hilarious. And don’t we 30-something’s all love 90’s music? Because after the line classics like ‘I like 2 move it’ and the ‘Macarena’ are played. Corny, but I just love sing a long’s for grown ups.

Last year even at Asos they were a hit in all sizes and colors. In Disneyland everybody is wearing them (even one very handsome dad with his little girl which was toooo cute…). And they make the best Instagram photos of course… #minniemouseears 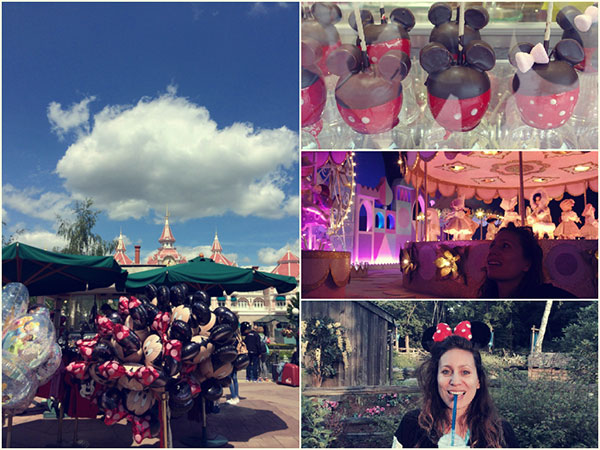 And if this isn’t enough you could always catch a train to Paris downtown. You’ll be there in 45 minutes, a one-way trip costs less than 8 euros.
For the best tips for bars, shops and restaurants please see Your Little Black Book’s Paris City Guide.

Tip: Subscribe to the newsletter of Thalys. All new offers will end up in your inbox.

She loves to travel like a good YLBB correspondent should. The most beautiful and awesome places she wants to share with anyone who’s up for it.