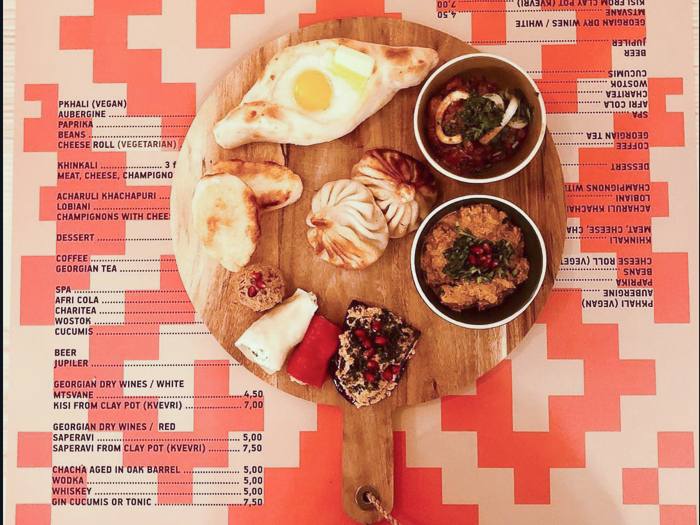 Batoni Khinkali Amsterdam: for Georgian dumplings made with a lot of love

Levan Tskhadadze came years ago as an ambitious clarinet student to beautiful Amsterdam to study at the Conservatory of Amsterdam. He left his birthplace Georgia behind, but could not forget about all the Georgian delicacies. And so the young Levan decided to cook himself. He started making khinkali (Georgian dumplings) as his grandmother always did when he was little. After ten years of making khinkali in his own kitchen, friend Maarten den Hengst convinced Levan to sell his dumplings on food markets. Together with Gvantsa Liparteliani they sold a lot of Georgian food on the food markets, after which the pop-up Batoni Khinkali Amsterdam was soon created. That pop-up turned out to be such a success that he has now opened his own restaurant. Good job!

It may be clear that Levan loves his Georgia immensely. A man to my heart!

the dishes at Batoni Khinkali are mouth-watering good 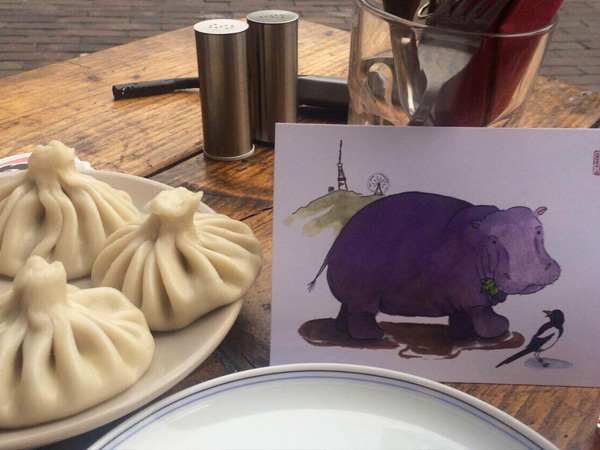 Khinakli; dumplings with meat (pork and beef), caraway, red onions, pepper and salt, with cheese and mint and with mushrooms and coriander. In the weekend you can also go for the ‘specials’.

Acharuli khachapuri; the so-called cheese boat! Dough in a boat form baked in the oven where at the end of the baking time egg and a little butter is added.

In addition to the typical Georgian dishes, you also have to try the Georgian wine. The wine you can order from Batoni Khinkali is Georgian kvevri wine. Kvevri is an earthen pot in which the wine is fermented. In 2012, Kvervi came on the UNESCO World Heritage List as the world’s oldest fermentation tradition, which until now is used in Georgia. Worth a try ;-) 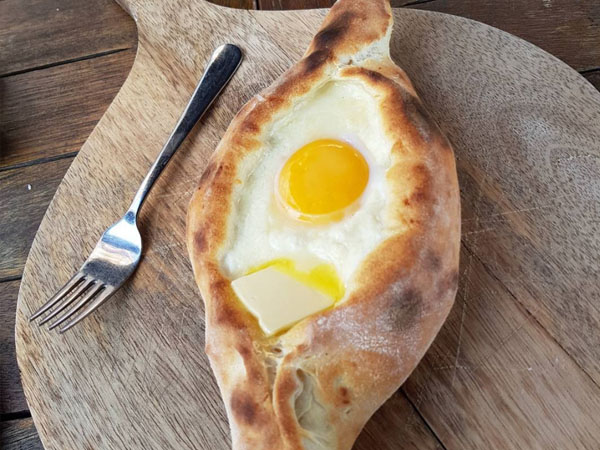 The interior at Batoni Khinkali Amsterdam has a cozy touch and can not be compared to the authentic Georgian khinkali restaurants. Although the love that Levan has for his country certainly shows. There are pictures of Tbilisi and a five meter long poster of a Georgian painter from the 19th century; Niko Pirosmani. 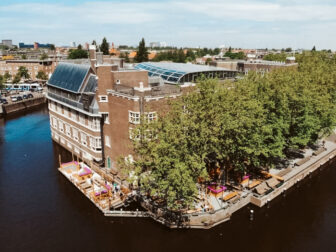 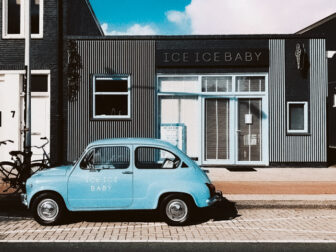 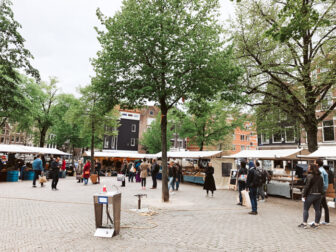