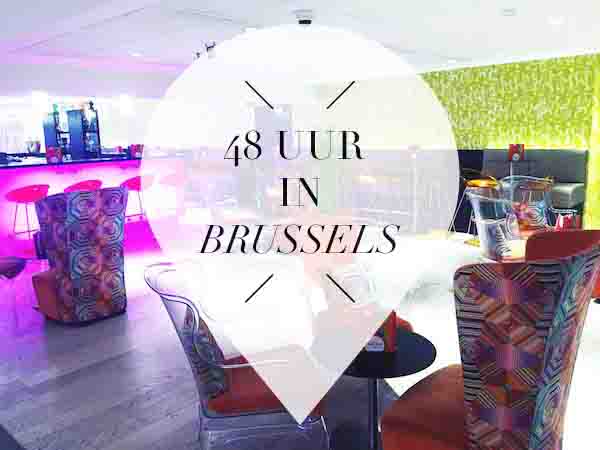 48 hours in Brussels: the greatest expos and eateries

You want to see these expos in Brussels!

Brussels is a beautiful and lively city! Unfortunately there is such a negative vibe around this place. Because hey, in the Belgium city centre, all the great things of Belgium are coming together! Manneke Pis, Belgium french fries, delicious chocolate and many terraces where you can enjoy beer. But I was especially attracted to Brussels because of the many museums and expos. So, are you planning a trip yourself to the heart of Belgium? Then I hope I can inspire you with this 48 hours in Brussels!

The train journey from Amsterdam to Brussels takes about 3 hours and 15 minutes. So be prepared for a lot of me-time and make sure you have some books or downloaded series! Despite I wasn’t looking forward to this long ride, I enjoyed it very much. Just relaxing and reading in my favorite book. I arrived around 11 am in Brussels-South and I was totally ready to start my day! :-) 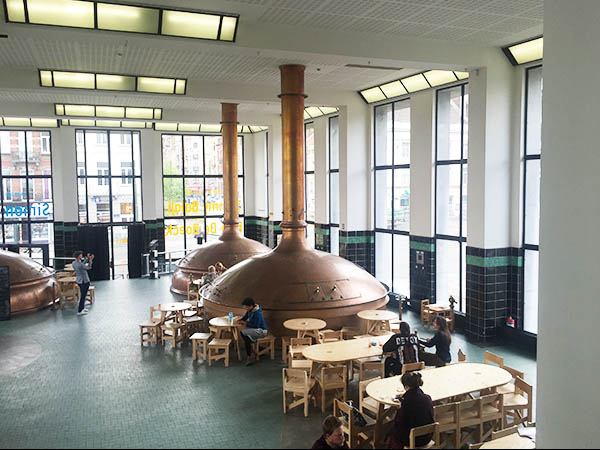 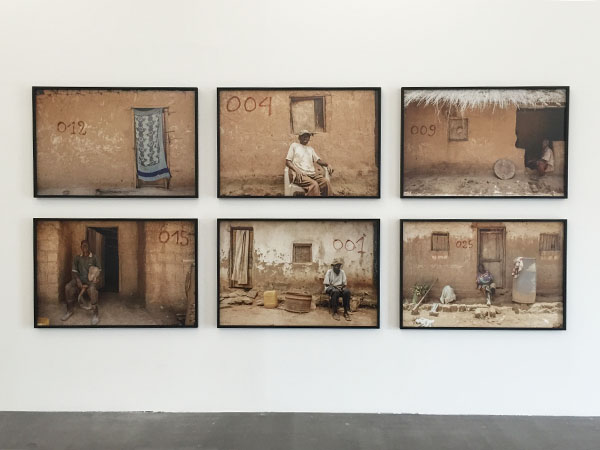 Wiels museum – Sammy Baloji & Filip de Boeck Now: City Life in Congo
My first stop was at the Wiels museum which is located in an old brewery. One tip: if you’re planning on going to this expo, make sure to arrive with an empty stomach! They sell so much great food that I was totally mouth-watering. But I already planned to have lunch at the Atomium so I had to control myself! :-)

Currently, the exposition “Sammy Baloji & Filip de Boeck Now: City Life in Congo” is being exhibit. This expo shows you the life in Congo after the release of the Belgian Colonizers. It gives you a glimpse in the life of the Congolese people which strongly believe in a better future. But in reality they’re constantly being fooled by the government. I thought this was a touching exhibition with a soft touch in some way. Definitely a must visit when you’re in Brussels! 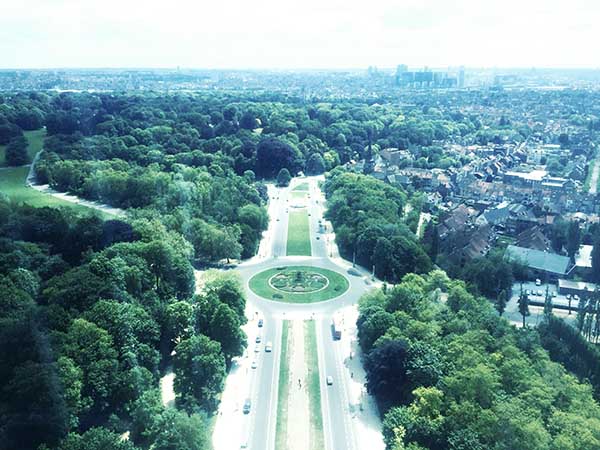 Atomium
Like I said, I planned to have lunch at the Atomium. One of my number one to dos on my bucket list. No idea why I was so much looking forward to this but I was véry excited! :-) Totally over the moon, I took the elevator to the upper sphere. And yes! My expectations were fully covered. The 360 view is phenomenal! A lunch at the Atomium is really a must do during a trip to Brussels. ;-) 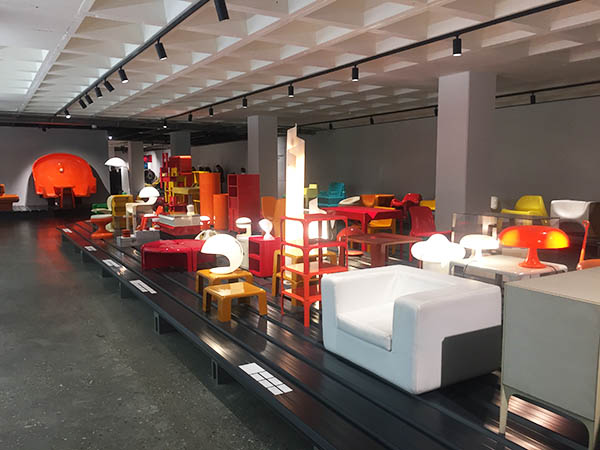 ADAM (Art & Design Atomium Museum) – Eames & Hollywood + Plasticarium
After I ticked of my bucket list, I went to ADAM, the Art & Design Atomium Museum which is nearby the Atomium. The first expo I visited was called ‘Eames & Hollywood’. Yes, thé well-known designers Charles and Ray Eames. Because beside designing furniture, these brothers are also great photographers. After Eames designed a chair for the director Billy Wilder, he started to take pictures of the film set. This resulted in a passion which dembouched in this exposition.

Afterwards, I went to the Plasticarium expo which was also exhibited at the ADAM. This exposition was so much fun because you go from the one nostalgic memory into the other. The whole exhibition consists of plastic items which are in one way or anther unique, fun or sometimes (not always) beautiful. From inflatable chairs to the bright-colored iMACs of the nineties to an iconic chair, it was a very fun and colorful expo. 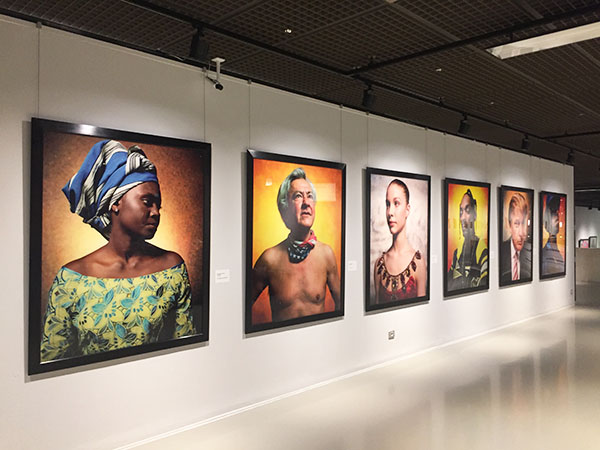 Koninklijk Museum voor Schone Kunsten – Andres Serrano
They often say ‘save the best for last’ and that’s exactly what I did! My final stop was at the KMSK where the notorious artist Andres Serrano was exhibiting his photographs. And I have to say: I was impressed! His controversial work is something you have to see before judging him. This was by far my favorite exposition and I would definitely come to Brussels just to see this! But I strongly recommend to take a guided tour. The guide can provide you some explanations which are needed and makes Serrano’s work way more interesting. 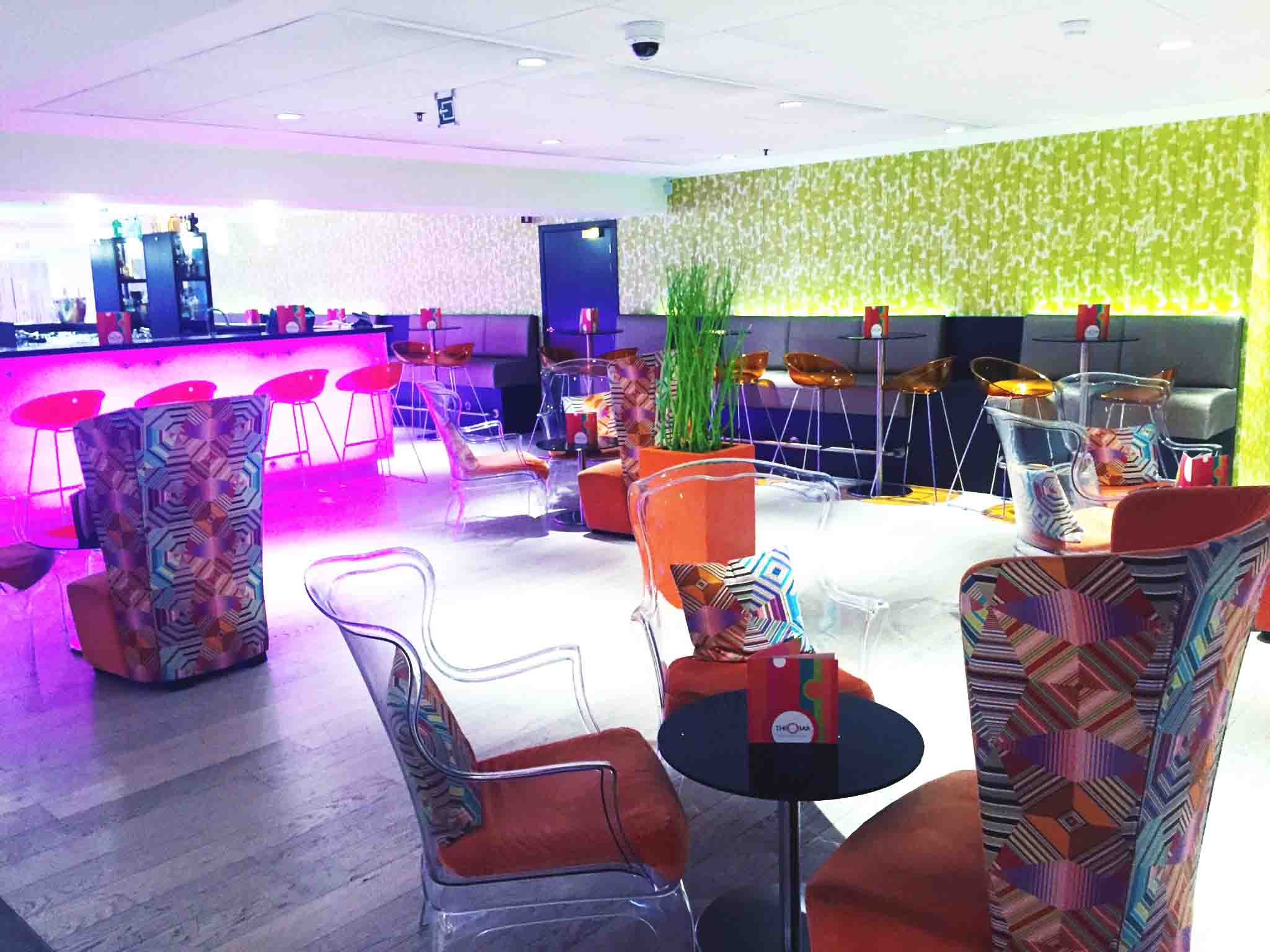 Thon Hotel Brussels City Centre
After this exhausting day, I checked-in at the Thon Hotel in the city centre of Brussels. The first thing I noticed was the colorful interior! In contrast to the lobby, the interior of the hotel room was very sober but there was one surprise which made me jump for joy: there was a bath! Yes, finally I could relax in nice warm bath. For the happy ones among you, which have a bath at home, this is not special at all but I was totally over the moon! ;-) 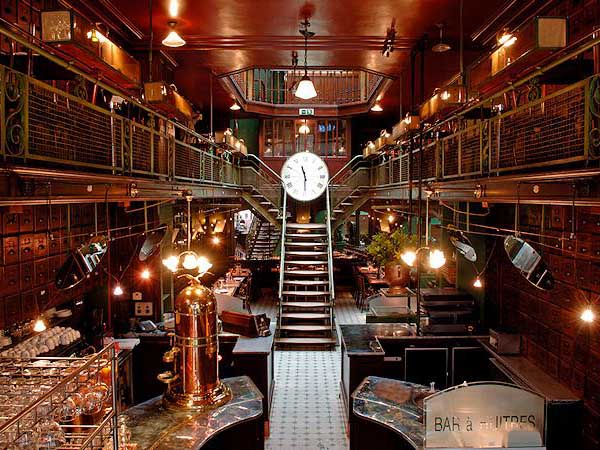 La Quincaillerie
For dinner, I wanted to try out the cosy restaurant La Quincaillerie. I took the ravioli to start with, salmon with parsnip-celery puree as main course and the chocolate mousse as desert. And it was so delicious! If you’re in Brussels, you really have to try out this place. The romantic interior and the great food makes this eatery a great hotspot! 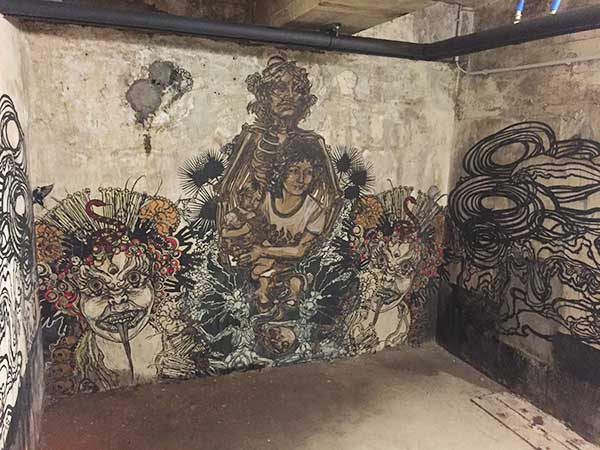 MIMA – City Lights
After a wonderful breakfast at the hotel, I was totally ready for day two! Which I started at MIMA where several artists were exhibiting their artwork. This gallery is established in a house where every artist got one floor where he or she could to do whatever they want with it. My favorite was the basement which was covered with art made of tape. It was so beautiful!

After the exposition I ate at MIMA. They served fresh made pizza which I couldn’t resist! :-) 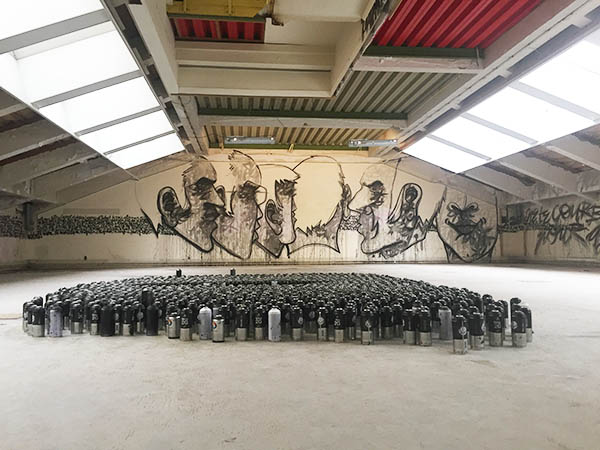 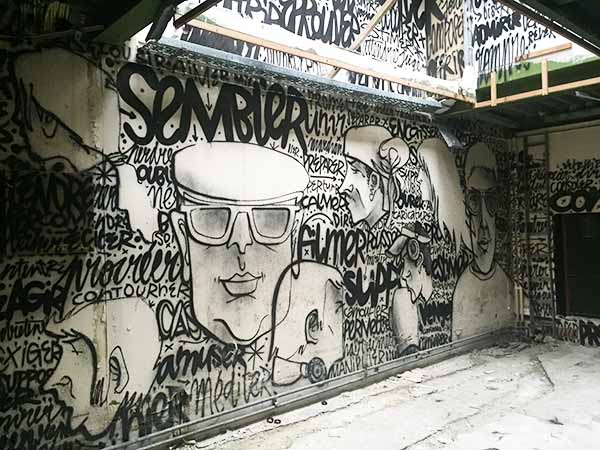 Tour Street Art
After the lunch I went to the old Solvay building. Someone told me that the Brussels street artist Denis Meyers had transformed the old building into a piece of art. And so it was! He had sprayed graffiti everywhere, in every room. He sprayed a total of 20 000 square meter which is very impressive. Unfortunately the building will be demolished at the end of July. It’s quite sad if you know that Meyers has been working on this since September 2015 and has just finished. This is definitely a must-visit for street art lovers so be fast!

After this guided tour, I decided to head to Brussels-Central to take the first train to Amsterdam. Do you want to make a trip to Brussels yourself? Then you really have to visit at least one of these expos! Enjoy!

Weekends in Amsterdam Guide: the best local tips for this weekend in September 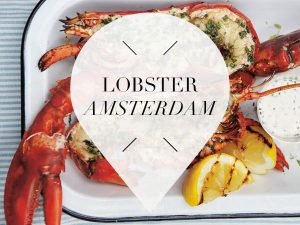 11 x the best lobster in Amsterdam to try now 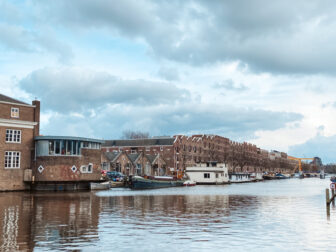